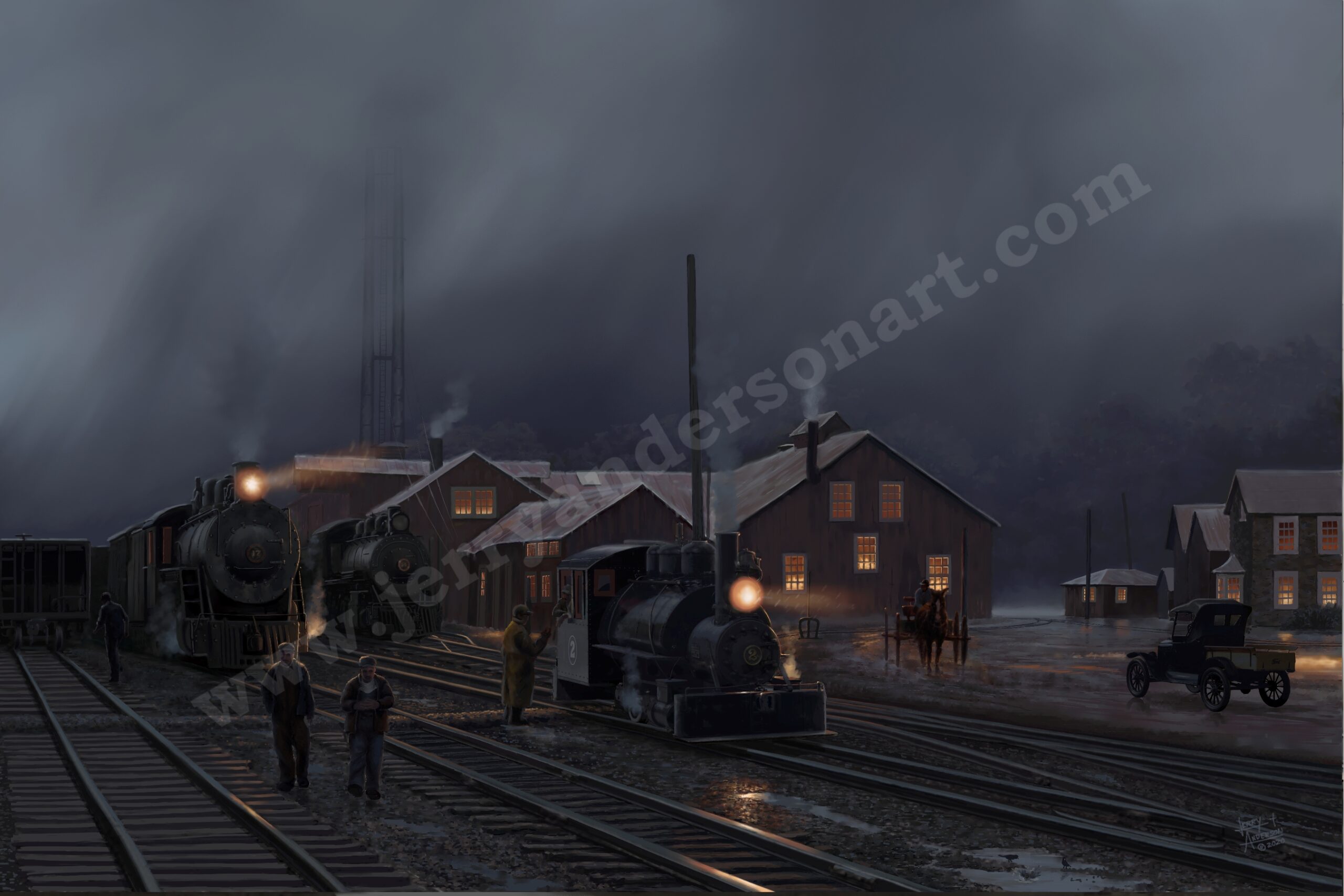 From childhood, my primary fascination has always been aviation. I watched aviation movies, built airplane models, read books about flying and aviation history, and of course drew pictures of aircraft of all types continuously. Every time a plane flew within earshot, I would search the sky until I spotted it, tried to identify what type it was, and would watch it until it disappeared from view. One of my best friends from elementary school was a “train guy”, while I was a “plane guy.” We used to argue often which was “better.” Eventually, I got my pilot’s license, and had my first job at the local small airport. Although I was unable to fly for a living, I was able to build a very satisfying career in the airline industry as an aircraft dispatcher.

However, the airline business is notoriously volatile; boom/bust cycles lead to waves of hiring, followed by furloughs that can last for years. Seniority is everything; the timing of your date-of-hire can determine the difference between a smooth, steady career or a rollercoaster ride of uncertainty and financial stress. And then there are the mergers and acquisitions, which can force even long-term employees to choose between an unwanted move to another state, a long commute with extensive separation from family, or leaving a coveted job for something that maintains the life you’ve built where you are happy. By 2015, as a dispatcher with US Airways in Pittsburgh (where I was quite content), the merger with American Airlines presented me with just such a dilemma: relocate to Dallas, TX (which none of us wanted), or try to commute from home in Harrisburg, PA with lots of time away from home or on the road (which I didn’t want). I reluctantly left the airline, and after a short and very unsatisfying experience at Leidos Flight Service, I finally decided to try doing my artwork full time. It certainly carried risks, but our three girls were basically independent by then, so I decided to take a leap of faith. What’s life without a little adventure?

One thing I thought would be a good idea was to try to diversify my work a bit; a chair works better when it has more than just one leg. Aircraft had been almost my exclusive artistic subject matter for my entire life, but there are many excellent aviation artists out there, and only so many customers. The difference between painting for pleasure and a little extra income, and trying to make a living, is significant! One of my favorite subjects in school was history, and the history of aviation is deeply entwined with the history of the world for the past century. I enjoy creating scenes that in some way tell a story, so I started looking at what other subjects might do the same.

One area that I thought about was railroads. Unlike my childhood friend, I’ve never been a big “rail fan”; and what can really differentiate inspired art from so-so art is the passion of the artist for that which he paints. I knew that there were already many excellent railroad artists who are deeply passionate and knowledgeable about their subject. Like aviation, rail art has it’s share of “rivet counters”…those who will savage an artist who doesn’t meet their expected standard of accuracy. The type of equipment (locomotives and various cars), nearby structures, the activities of workers, and numerous other elements must be correct; God help the artist who gets something wrong! Painting a train crossing a bridge may seem a simple task, but if that bridge and that locomotive could never have been together (i.e., the bridge was replaced with a different one two years before that locomotive began service with the carrier), it reflects badly on the artist’s credibility. So, one must do plenty of research in the process of creating an image, and when it’s a new subject matter, there can be a steep and long learning curve!

However, that learning process opens up new areas of historic research and study as well. As railroad history is a huge and very complicated subject, I decided to initially limit my focus to just railroads within my home state of Pennsylvania, and discovered that there is enough material here to keep me busy for a very long time. I bought a book on the East Broad Top Railroad (EBT), a narrow-gauge line that ran a 33-mile route in the south-central part of the state from 1873-1956 hauling coal, timber, and other products of the local area. The main facility was located in Orbisonia/Rockhill Furnace, PA. After purchase by a local businessman, it reopened as a tourist railroad from 1960-2011. I had only had the book about a month and was just beginning to explore it when I had a very interesting and timely encounter.

I had taken a job at AvFlight, the local FBO at the Harrisburg Airport, mostly just for some extra money and health insurance. Early one morning in February 2020, a gentleman of 80 years of age walked in and asked about a small jet coming in from Virginia; he was there to pick up the passenger. I told him it was due in about 30 minutes. He then glanced at a photo on the wall in the lounge area, a rather artsy image of just a portion of a C-124 Globemaster. He identified the aircraft from that small segment, which I doubt one in a thousand people could do, and we started talking. He was a very nice and talkative fellow, and I soon learned that although he had some aviation knowledge, railroads were actually his passion. In fact, he was an avid collector of original railroad paintings, and had been a friend and customer of several of the top rail artists of the late 20th century.

I mentioned that I was an artist, and was just looking at doing some rail subjects. It turned out that he was there to take the man on the incoming plane to Orbisonia, where they were to announce a major funding project that would get the East Broad Top Railroad up and running again, with restoration of tracks, facilities, and several steam locomotives. I told him that I had just gotten a book on the EBT, and was thinking of doing some artwork about it. I showed him my website, and he said he wanted to talk with me further. After giving me his name and contact info, he left with his passenger to attend the event.

I googled his name, Bennett Levin, and found a virtual avalanche of information on his decades of activities in the railroad world. He is a very well-known individual, who personally owns two retired, operational Pennsylvania Railroad E8 diesel-electric locomotives with matching passenger cars that had been used to shuffle Prince Charles and others around the Pennsylvania-New York area. That evening, I messaged my old school chum: “Hey, I just met this man named Bennett Levin. Have you heard of him?” His reply was rather comical…“YOU MET BENNETT LEVIN?!?!?”…like I had met Elvis or something.

And so began my foray into the world of the East Broad Top Railroad and railroad art! To learn more about our art project and the railroad itself, we invite you to read our next blog post HERE