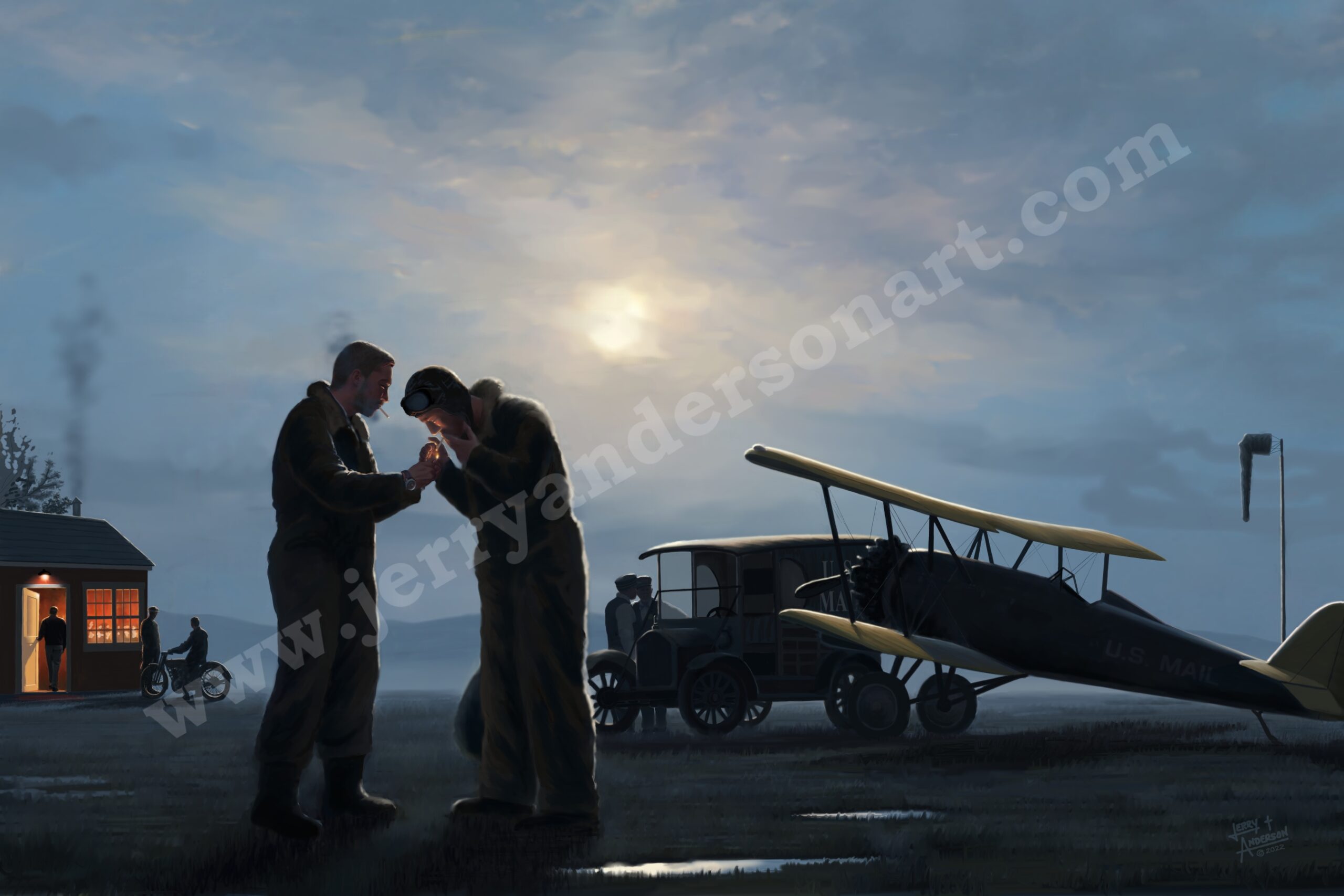 The invention of heavier-than-air flight in the early 20th century (as opposed to the lighter-than-air balloons that had existed for a century prior) led to rapid changes in established ways of doing many things. One of the areas that saw this change was the delivery of mail.

Mail movement and delivery in the United States had already been accomplished by various methods since the inception of the U.S. postal service in 1775. Ships, boats, stagecoaches, railroads, the “Pony Express”, even dogsleds were used to move mail in various parts of the country throughout the 1800s. The first attempt at transporting mail by air actually took place in 1870; however, the free balloon’s inherent lack of directional control made it a less than reliable vehicle for the purpose. When the airplane came along in the early 1900s, it was quickly utilized as yet another means of keeping the country’s written communications moving.

The first airmail flight in the U.S. took place on May 15, 1918. The U.S. government operated these flights until 1926, when the Kelly Act led to the establishment of Contract Air Mail (C.A.M.) routes which were awarded to commercial operators via a bid system. The late 1920s saw expansion of the air mail service to many parts of the U.S. from coast to coast.

Flying the mail in the late 1920s was both a glamorous and a dangerous occupation. With the relatively primitive aerial technology of the era, with engines that were not always reliable and the lack of instrumentation to fly in clouds or fog, as well as the often hostile terrain and poor weather, a long list of air mail pilots perished in crashes all over the country. Nevertheless, young pilots who sought to make their living in the sky continued to brave the odds, eventually helping to build the foundations of the U.S. air transportation system. Both United Airlines and Eastern Airlines began as mail carriers, and other scheduled airlines such as American and TWA eventually carried mail along with their passengers.

The scene I have chosen to depict is a peaceful one; it does not represent a specific place, just a fictitious location representative of many across the country. Airmail pilots would work in a relay system, much like runners who pass the baton to the next runner as they circle the track.

In this scene, while the ground personnel work to load and fuel the plane, the inbound and outbound pilots share a cigarette and discuss anything pertinent to the evening’s task. It could be matters of weather: “There’s a storm front moving in from the northwest; I could see the lightning in the distance. But if you get in the air on time, you should be able to stay ahead of it”. Or maybe equipment concerns: “Keep an eye on the oil temp; she tends to run a little hot. And the rudder cables seem a little sloppy.” Or perhaps something of a more personal nature: “Sally at the hotel in Cleveland asked about you again.”

In just a little while, their smokes finished and crushed beneath their boots, they will wish each other well, and the outbound pilot will climb into his aircraft and fly off into the moonlit night and fade into the distance. And in just a few years, this era of the solitary aviator carrying the mail would fade away as well, as the fledgling airlines would pick up the baton and carry the mail into the next chapter of aviation.